The History of Olive Trees 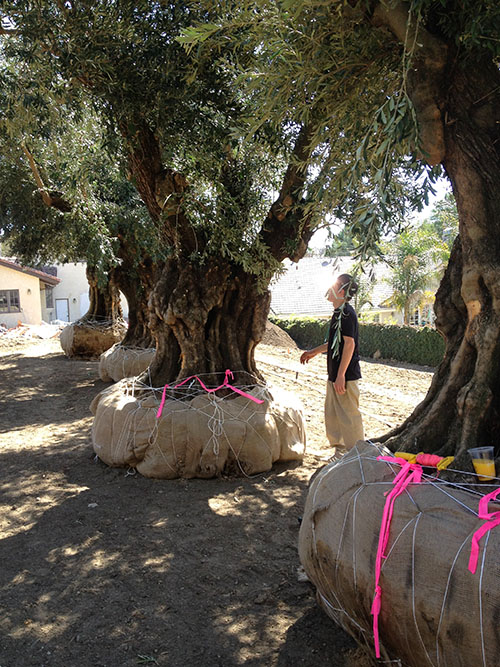 The first tree to be selected by man, the olive tree and the history of Mediterranean civilization have been bound together for more than seven thousand years.

The cultivation of the olive tree began in the east Mediterranean five thousand years ago, and in this region the production and commercialization of the olive became one of the principal economical resources of the period. Thanks to the labor of the ancient Greeks, Phoenicians and Romans the olive came to be one of the principal cultivated products in the Mediterranean and olive oil was used abundantly in daily life. The olive tree became a victim of the fall of the Roman Empire and its consequent political, economic and military crises, becoming precious and rare and used only by a few privileged persons or during religious ceremonies. From the middle ages onwards through the centuries, the traditional regions of olive tree cultivation gained stability and today the olive tree has come to be one of the most important features in the Mediterranean landscape.

The olive tree could almost be called immortal, thanks to its capacity to regenerate from its cut stump. An understanding of its characteristics and form, the many different varieties grown throughout the Mediterranean, its annual vegetative cycle, and the long-term cultivation of ancient olive groves allow for the appreciation oft he peculiarities and in many cases the exceptional nature of the olive tree.

The utilization of olives and the products deriving from them is testimony to humanity’s industriousness combined with the extraordinary characteristics of this plant. Rare and surprising discoveries from various countries and eras, descriptions and quotations from the time of Homer and the Bible, and many ancient poets all point to the importance given to this tree. The olive contributed and became an indispensable ingredient in daily well-being and it found a place in a life of refinement. Illumination, healing, creams and perfumes, lubricants, food, condiments, warmth and fuel are the precious gifts of the olive tree.

The tree and the use of its oil gradually spread westwards throughout the then known world, from the shores of Syria and Palestine to the coasts of the Atlantic Ocean. Along this journey the olive tree saw the birth of some of the most important ancient civilizations.

Modern research has brought to light the principal active ingredients and characteristics of pure olive oil that explains the enormous fortune and the long tradition of the use of olive oil as a base for cosmetics. From the dawn of history cosmetics have assumed a role that often exceeded the boundaries of medical practices and religious rituals, accentuating the beauty and perfection of the body. Indeed, many icons of ancient beauty have smiled with oiled faces: Aphrodite, Helen and Cleopatra among them.